Taxation of costs of proceedings before the European Court of Justice

In this article we will study what happens with the taxation of the costs of the proceedings before the Court of Justice, once a decision is rendered confirming or revoking the decision of the EUIPO.

As a preliminary remark, it is to be noted that the decision of the Court of Justice ruling on the substance of the case, will not contain a taxation of the costs.

It is up to the winning party (the plaintiff or the defendant) to ask for it. In this regard, it should be noted that, in accordance with Article 170 (1) of the Rules of Procedure, an application for taxation of costs is admissible only if, at the time the application is made, there is a dispute concerning the costs to be recovered (see, to that effect, order of 13 May 2015, T47/13DEP, paragraphs 11 to 13).

However, the admissibility of an application for taxation of costs cannot depend on a lack of response on the part of the party ordered to pay the costs, as otherwise the procedure to achieve a definitive ruling on the costs of the proceedings would otherwise be deprived of all practical effect (order of 28 January 2014, T366/10 P-DEP, paragraph 17).

Which expenses are to be regarded as recoverable costs in the taxation made by the Court of Justice?

Under Article 140 (1)(b) of the Rules of Procedure, expenses necessarily incurred by the parties for the purpose of proceedings, in particular travel and subsistence expenses and the remuneration of agents, adviser or lawyers, are to be regarded as recoverable costs.

However, recoverable costs are limited to those incurred for the purpose of the proceedings before the Court of Justice, and those which were necessary for that purpose. It is to be noted that it is for the EU judicature to take into account the work objectively required for the whole of the judicial proceedings, and to assess the value of the work carried out on the basis of the information provided by the parties. For this reason, the Court would take into consideration detailed invoices specifying the lawyer’s fees, hours of work and disbursements.

In this sense, it should be borne in mind that the Court generally considers that an hourly rate of around 250-300 euros can be regarded as an appropriate remuneration for the services of a particularly experienced professional. However, the Court usually considers that remuneration at that rate requires a strict assessment of the number of hours’ work. Thus, it can establish the number of works usually needed or the work done by the lawyer to calculate a reasonable amount to be recovered. On the other hand, the court may reduce the disbursements made by the lawyer if it is considered excessive.

Can we recover the costs incurred in connection with the taxation of costs before the Court?

Last but not least, the costs necessarily incurred in connection with the taxation of costs proceedings may also be considered costs to be recovered. However, it is usually assumed that such an application for taxation can be done by junior lawyers, whose hourly rate is around 150 euros.

Please find below some examples of the amount of the costs recoverable according to the Court’s taxation:

On 25 September 2018, the Government of Malawi deposited its instrument of accession to… 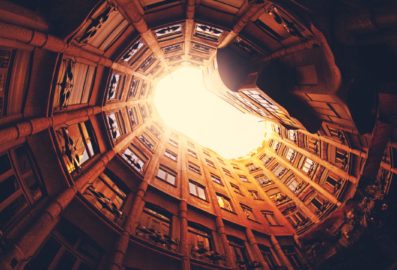 The new opposition proceedings in Mexico from a comparative law perspective