The use of trademarks and Google AdWords

These ads appear onscreen and they use to consist of a brief commercial message and a link to the advertiser’s website (advertising link). The problem is that some of these keywords may be identical to registered trademarks, or even to well-known or renowned trademarks.

This matter has been addressed by diverse judgments of the Court of Justice of the European Union (CJEU), which we will briefly define as a logical antecedent to what we will present when analyzing Latin American jurisprudence from a comparative law perspective. Taking the CJEU judgments on March 23, 2010 as a starting point (cumulative cases: C-236/08, Google France vs. Louis Vuitton; C-237/08, Google France vs. Viaticum; and C-238 / 08, Google France vs. Centre national de recherche en relations humaines), as well as the judgments on July 12, 2011 (C-324/09, L’Oréal SA vs. eBay International AG) and September 22, 2011 (C-323/09, Interflora Inc. vs. Marks & Spencer plc), we can assert that the norm would be that the use of third party trademarks as a keyword on the Internet constitutes an infringement regarding the trademark rights of the legitimate owner.

This is established as a fundamental premise in paragraph 49 of the first of the sentences indicated, when saying:

“By application of Article 5(1)(a) of Directive 89/104 or, in the case of Community trade marks, of Article 9(1)(a) of Regulation No 40/94, the proprietor of a trade mark is entitled to prohibit a third party from using, without the proprietor’s consent, a sign identical with that trade mark when that use is in the course of trade, is in relation to goods or services which are identical with, or similar to, those for which that trade mark is registered, and affects, or is liable to affect, the functions of the trade mark.”

Nevertheless, since the exclusive right is not absolute, that use will only be considered a trademark infringement when the use of the alien trademark is done by way of brand, that means, in order to identify a specific product or service.

Registered trademarks can, therefore, be used as keywords to show sponsored links on the condition that said use does not discredit the function indicating the origin of the brand or its economic function. In the same way, it has to be clear for the common Internet user  that the advertised products or services do not come from the owner of the brand or from an economically linked company; otherwise, it must be indicated under what circumstance products of a specific brand are sold through a website different than the “official” one.

The owner of an established trademark has the authority to prevent a competitor from advertizing using a keyword corresponding to said trademark that the aforementioned competitor selected in the context of an Internet referencing service without the consent of the owner of such brand, when by these means the competitor inappropriately profits from the distinctiveness or renown of the trade name (parasitism). When such advertising undermines the distinctive quality of a trademark we talk of the dilution of a trade name, while talking of the blurring of a trademark refers to the discrediting of its renown. To be precise, an advertisement based on a keyword undermines the distinctive quality of the famous brand (dilution), if it contributes to the denaturing of the trademark becoming a generic term.

However, the owner of an established trademark is not entitled to prohibit, specifically, advertising showed by competitors using keywords corresponding to that brand that pose an alternative to brand owner´s products or services without offering a simple imitation of the products or services of the owner of said trademark, without causing a dilution or blurring and without undermining the functions of said renowned brand in any other way.

In the Argentine Republic, the Court of Appeals has issued several judgments in that respect, and there have specifically been cases of precautionary measures related to the inappropriate use of trademarks as adwords by a competitor of the owner of the registered trademark.

In his judgment ORGANIZACIÓN VERAZ S.A. vs. OPEN DISCOVERY S.A. s / precautionary measures, the Argentine Court of Appeals stipulated “that Open Discovery cease immediately in the use of the trademarks “Veraz” and “Organización Veraz””(reg. no. 1.753.696 and 2.019.886), property of the plaintiff, in the publicity that was shown on the Internet, through Google search engine, until a final judgment was issued in the main action.

In Mexico, the Mexican Institute of Industrial Property is the competent authority to resolve administrative infringement procedures. In its Proposal VII-­‐P-­‐SS-­‐20, the Federal Administrative Court determined that “(…) The person who without the consent of the owner of a registered trademark, incorporates that sign in a domain on the Internet and obtains the registration of the corresponding website, in addition to acting contrary to a honest use in matters of commerce and industry, as this person´s purpose was attempting to confuse Internet users, said conduct also constitutes unfair competition (…) “.

From a comparative law perspective, regulations on trademarks and regulations on unfair competition are having different functions. While the first one protects a subjective right over an intangible property, an exclusive right that produces an ius prohibendi in its owner, the second one protects the proper functioning of the market, in such way that competition emerges by own merits or benefits efficiency and not for unfair behavior.

In the Andean Community, Decision 486 sets out similar problems than those that come from European Law with respect to the infringement of a trademark due to its use as adwords by a competitor. In its decision no. 2908—2017 / TPI – INDECOPI from October 23, 2017, the Division with Jurisdiction over Intellectual Property of the Court of the National Institute for the Defense of Free Competition and the Protection of Intellectual Property INDECOPI, for its acronym in Spanish, rejected a plaintiff´s appeal by the against a ruling denying the adoption of precautionary measures against a supposedly infringing use of adwords by a third party. This is established in its legal grounds of judgment by saying:

From the joint review of the evidences presented by the plaintiff, it is to be deduced that, although by entering the LATAM denomination in the Google search engine, one can see paid advertisements that refer to different web pages, what let us inferring that there is a lucrative activity consisting in the commercialization of the LATAM name as adword, it is not possible to determine here that the credibility of the illegal nature of the possible damage has been confirmed. In the same way, there is no need to act in order to guarantee the efficacy of the ruling that ends the procedure. Therefore, it is needed to perform an exhaustive analysis, taking into account all the arguments of the parties, in order to determine if the use and commercialization of the LATAM name as adword by the defendants infringe the rights of the plaintiff.

To conclude, we consider that there is an error here regarding the origin of the products or services when the link sponsored by the competitor may lead to part of the public believing that the competitor is part of the commercial network of the owner of the trademark, though it is not the case. As a consequence, the owner of the trademark must have the right to prohibit the use of the keyword in advertising by a third party, not only because of the damage caused to the loyal practices in commercial and mercantile matters, but also because of the risk of confusion that such action causes with the consequent damage to the consumer. 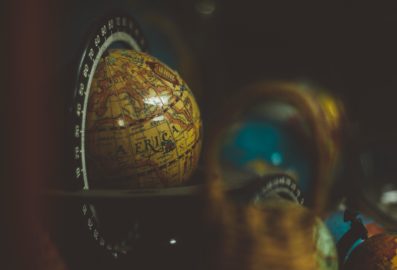 On 25 September 2018, the Government of Malawi deposited its instrument of accession to… 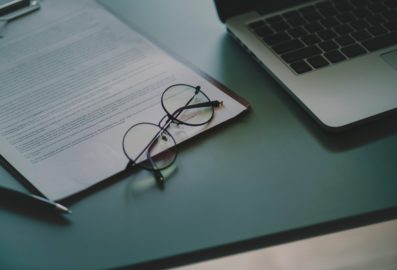 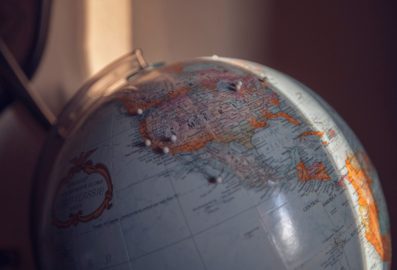