The General Inter-American Convention for Trade Mark and Commercial Protection, signed in Washington on February 20, 1929 (also known as the Washington Convention), largely follows the guidelines of the Paris Convention for the Protection of Industrial Property. Besides containing international law regulations regarding the rights and obligations of member states, it also includes rules of substantive law relating to the rights and obligations of private parties.

The Washington Convention was signed by the governments of Peru, Bolivia, Paraguay, Ecuador, Uruguay, Dominican Republic, Chile, Panama, Venezuela, Costa Rica, Cuba, Guatemala, Haiti, Colombia, Brazil, Mexico, Nicaragua, Honduras and the United States of America, in Washington on February 20, 1929, although not all of them ratified it after its signature. Chile signed it with reservations, and was ratified and accepted by Colombia, Cuba, Guatemala, Haiti, Honduras, Nicaragua, Panama, Paraguay, Peru and the United States. [1]

Among its articles regarding substantive rules in matters of trademarks, the Article 7 of this Convention stands out. It grants an ius prohibendi to the owner of a trademark in a member state, which extends to the other member states without the need to register, provided that a series of requirements are met. The need for notoriety or reputation is not a required condition, which differentiates this article from Art. 6 bis of the Paris Convention.

Article 7 of the aforementioned Washington Convention provides as follows:

“Any owner of a mark protected in one of the Contracting States in accordance with its domestic law, who may know that some other person is using or applying to register or deposit an interfering mark in any other of the Contracting States, shall have the right to oppose such use, registration or deposit and shall have the right to employ all legal means, procedure or recourse provided in the country in which such interfering mark is being sought, and upon proof that the person who is using such mark or applying to register or deposit it, had knowledge of, the existence and continuous use in any of the Contracting States of the mark on which opposition is based upon goods of the same class, the opposition may claim for themselves the preferential right to use such mark in the country where the opposition is made or priority to register or deposit it in such country, upon compliance with the requirements established by the domestic legislation in such country and by this Convention.”

As one can see, a protected trademark, not necessarily unregistered in the country of origin of the owner of the previous right, may exercise the ius prohibendi of the said trademark in the rest of the contracting countries, on the condition that it meets the following requirements, which I will abridge below:

First of all, as I have already emphasized above, the existence of notoriety or renown of the previous trademark is not required. Nor is it required that the registration of the same is in the country of origin of the owner. The Convention develops its first requirement in a general manner, referring to the national legislation of the country of origin of the right, whether it grants trademark protection owing to its registration or, in the case of states where the preferential and exclusive right over the trademark is recognized through its use, by its mere use.

Based on the second requirement, the authorities of the country where the new brand is intended to be registered or used must evaluate the possibility to grant protection to the national or to the foreigner resident in another of the member states, as owner of a protected trademark in his country, provided that the trademarks in rivalry are identical or similar and therefore at risk of confusion, and the first is legally protected in the Contracting State of origin.

In the third place, it is required that the person who uses the opposing trademark or intends to register it, was aware of the existence and use in any of the Contracting States, of the priority trademark protected in another Contracting Country.

Therefore, the rule does not require bad faith on behalf of the person who would inappropriately use or attempt to register a protected trademark in a Contracting Country. The only requirement is its “knowledge”.

From my point of view, the requested registration for bad faith (meaning without good faith) is referring to an ethical standard of conduct. Of course, the bad faith presupposes the knowledge of the right of a third party, but it also requires that the registration may be objectively considered as reprehensible from the legal system point of view and that it implies a current or intended fraud, a will to mislead someone or another illegitimate motive. Precisely that malicious willfulness is excluded by the rule, which only requires “knowledge” of the existence and use of the previous trademark. In this regard, it prevents the holder of the priority sign from having to demonstrate the concurrence of reprehensible subjective elements.

In this way, the evidentiary data collection in case of initiating an action at law being that either an opposition, a cancellation, or a trademark infringement, based on the aforementioned Article 7, should not be aimed at demonstrating the existence of an assumed bad faith by the defendant, but to demonstrate the knowledge of the existence and use of the trademark by the applicant or infringer, excluding hence the probation diabolica that implies demonstrating the existence of bad faith. Additionally, the legal protection of the trademark and its use, both in its country of origin, should be demonstrated. The rule does not require the use in the country in which the action is being filed, just in the country of origin of the owner of the previous sign.

Thus, Article 7 of the Convention is granting the owner of a trademark in a contracting state, the possibility to prevent the use or registration of a similar trademark, in another contracting state where that person´s trademark is not registered, expanding thereby the territorial scope of its protection to other countries.

Although the Washington Convention allows to rectify situations in which the owner of a trademark in a Contracting State detects a neophyte trademark in another Contracting State where this trademark is not legally protected -provided that it meets the requirements for use and knowledge before mentioned-, just over half of the countries that signed the convention ratified it, and its practical application, at least as regards the Art. 7, is limited.

In this regard, there are many decisions of the National Institute of Industrial Property INAPI in Chile that reject the implementation of this regulation included in the Convention. Just to mention some of the rulings of the INAPI in that repect: Decision No. 158865 dated November 9, 2012, Decision No. 146603 dated September 4, 2009, or Decision No. 147403 dated November 13, 2009.

In Costa Rica, jurisprudence has been making use of many of the principles included in the Convention, invoking it expressly, even though that country has not ratified it.

Colombia, for its part, is the Contracting State that applies Article 7 of the Washington Convention the most frequently. We can find numerous decisions of the Superintendency of Industry and Commerce (SIC), which is the competitiveness regulatory agency of the Government of Colombia, in which the rights of third parties protected by said norm are recognized.

Nevertheless, the Court of Justice of the Andean Community has assumed a more ambiguous position.

In different preliminary interpretations, such as the one for the Process 87-IP-2013, the Court of Justice, after recalling the pre-eminence of the Andean community legal system, with regard to the legal systems of the Member States of the Andean Pact, and even over the International Law legislation,  states however that in virtue of the principle of complemento indispensable, countries could regulate issues that are not regulated in the Andean Community regulation, with the objective of achieving its correct application. The rule included in Article 7 of the Convention grants a ius prohibendi that if the necessary requirements are met goes beyond the principle of territoriality of the trademark, extending it to other contracting states, which means, on the other hand, an exception at the territoriality principle of the trademark ius prohibendi, and an important strategic complement to bear in mind in the context of trademark plurinational conflicts. 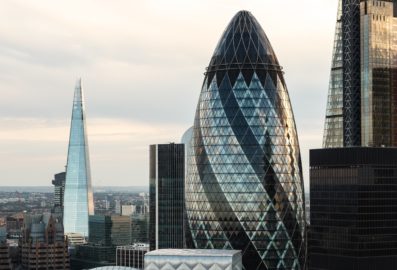 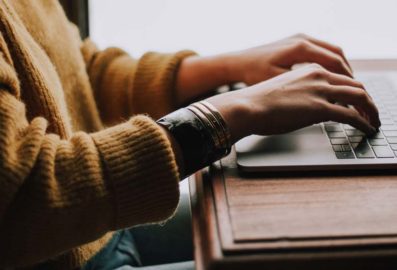 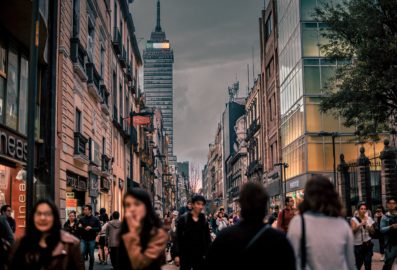